Mark the letter A, B, C, or D on your answer sheet to indicate the correct answer to each of the following questions.

Question 2. They were among the first companies to exploit the ______ of the Internet.

Question 3. Thanks to her father’s encouragement, she has made great ______ in her study.

Question 5. The people ______ live in this village are very friendly.

Question 6. Jim didn’t break the vase on ______, but he was still punished for his carelessness.

Question 7. Domestic appliances like washing machines and dishwashers have made ______ life much easier.

Question 8. Travelling to ______ countries in the world enables me to learn many interesting things.

Question 9. Peter is disappointed at not getting the job, but he will ______ it soon.

Question 13. Linda is thanking Daniel for his birthday present.

Linda: “Thanks for the book. I’ve been looking for it for months.”

Question 14. David and his teacher are meeting at the school gate.

David: “Good morning, Mr Deakin. How are you?”

Question 19. Today students are under a lot of pressure due to the high expectations from their parents and teachers.

Question 20. Don’t tell Jane anything about the surprise party for Jack. She has got a big mouth.

Question 21. The place has rapidly evolved from a small fishing community into a thriving tourist resort.

Question 22. Many people left early because the film was uninteresting.

Read the following passage and mark the letter A, B, C, or D on your answer sheet to indicate the correct word or phrase that best fits each of the numbered blanks from 23 to 27.

As teenagers approach university level, a decision has to be made on what course to pursue. In this world of diversity, (23)______ such a choice is not easy for both children and parents. In the old days, it was not much a problem to do the task because there were not so many diverse learning areas to choose from. Besides, there were only a few distinctive professional careers like doctor, engineer, accountant, nurse, teacher, etc. to think about. Most higher learning usually led to a financially successful life. (24)______, the cost of education was not so high.

Today’s world is entirely different from the things (25)______ have just been described. The job market is constantly changing due to innovative technology and new (26)______. Meanwhile, most teenagers have difficulty in identifying their own interests. There are a variety of well-organized career talks and student counseling workshops to guide and help teenagers (27)______ what course to take. Furthermore, psychological tests are also used. Certain instruments such as surveys, interviews and computer software can help to find out preferences, interests, or learning styles of the students.

(Source: Essential Reading for IELTS by Humin & John A. Gordon)

Read the following passage and mark the letter A, B, C, or D on your answer sheet to indicate the correct answer to each of the questions from 28 to 34.

Let’s take Japanese manga as an example. There are lots of people around the world who enjoy reading manga. However, in the past, it was difficult to find translated versions of manga in comic bookstores. But that did not stop manga fans. Some fans who could translate Japanese into their own language started translating manga themselves. Then they scanned the pages of manga books and uploaded the scanned pages to the Internet with their translation. This practice has become so popular. People in the comic book industry made up a name for it. By combining the words scan and translation, they call it “scanlation“, and it is a big problem today. The people who do scanlation usually share their manga for free, so readers do not buy manga books. Writers, artists, and publishers all end up losing money because of scanlation. Another problem is piracy in the comic book industry. Illegal copies of old and brand new comics alike have been hurting comic book sales.

Question 28. What is the passage mainly about?

A. The need for digital comic books

B. Children’s most favourite type of books

C. Problems in the book industry

D. The manga industry in Japan

Question 31. According to paragraph 2, the practice of “scanlation” mostly involves ______.

B. scanning and translating manga books

Question 32. According to the passage, in the past, some manga fans who knew Japanese translated manga because ______.

A. it was enjoyable to translate Japanese books

B. they wanted to make a name for themselves

C. it was difficult to buy translated manga books

D. they wanted to read manga for free

Question 33. According to paragraph 2, who could benefit from scanlation?

Read the following passage and mark the letter A, B, C, or D on your answer sheet to indicate the correct answer to each of the questions from 35 to 42.

The oceans are so vast and deep that until fairly recently, it was widely assumed that no matter how much trash and chemicals humans dumped into them, the effects would be negligible. Proponents of dumping in the oceans even had a catchphrase: “The solution to pollution is dilution.”

Today, we need look no further than the New Jersey-size dead zone that forms each summer in the Mississippi River Delta, or the thousand-mile-wide swath of decomposing plastic in the northern Pacific Ocean to see that this “dilution” policy has helped place a once flourishing ocean ecosystem on the brink of collapse.

There is evidence that the oceans have suffered at the hands of mankind for millennia. But recent studies show that degradation, particularly of shoreline areas, has accelerated dramatically in the past three centuries as industrial discharge and run-off from farms and coastal cities have increased.

Pollution is the introduction of harmful contaminants that are outside the norm for a given ecosystem. Common man-made pollutants reaching the oceans include pesticides, herbicides, chemical fertilizers, detergents, oil, sewage, plastics, and other solids. Many of these pollutants collect at the ocean’s depths, where they are consumed by small marine organisms and introduced into the global food chain.

Many ocean pollutants are released into the environment far upstream from coastlines. Nitrogen-rich fertilizers applied by farmers inland, for example, end up in local streams, rivers, and groundwater and are eventually deposited in estuaries, bays, and deltas. These excess nutrients can spawn massive blooms of algae that rob the water of oxygen, leaving areas where little or no marine life can exist.

Solid wastes like bags, foam, and other items dumped into the oceans from land or by ships at sea are frequently consumed, with often fatal effects, by marine mammals, fish, and birds that mistake them for food. Discarded fishing nets drift for many years, ensnaring fish and mammals. In certain regions, ocean currents corral trillions of decomposing plastic items and other trash into gigantic, swirling garbage patches. One in the North Pacific, known as the Pacific Trash Vortex, is estimated to be the size of Texas.

Pollution is not always physical. In large bodies of water, sound waves can carry undiminished for miles. The increased presence of loud or persistent sounds from ships, sonar devices, oil rigs, and even from natural sources like earthquakes can disrupt the migration, communication, and reproduction patterns of many marine animals, particularly aquatic mammals like whales and dolphins.

Question 35. What does the passage mainly discuss?

A. Marine pollution and its many forms

B. Noise and its disruptive effects on marine life

D. The end of the “dilution” era

Question 37. It can be inferred from paragraph 2 that the “dilution” policy is related to______.

A. dealing with the problems of water pollution

B. helping the ecosystem of the oceans flourish

C. neglecting the effects of dumping trash into the oceans

Question 40. According to the passage, nitrogen-rich fertilizers ______.

A. are created by massive blooms of algae

B. cause a shortage of oxygen in the ocean water

C. do not relate to the disappearance of marine life

Question 41. Which of the following statements is NOT supported in the passage?

A. Many pollutants deposited in the oceans finally become part of the global food chain.

B. It is apparent that the oceans have been polluted for a long time.

C. Industrial wastes and agricultural run-off are blamed for the degradation of the oceans.

D. The oceans in the past were more contaminated than they are now.

Question 42. Whales and dolphins are mentioned in the final paragraph as an example of marine creatures that ______.

A. can communicate with each other via sound waves

B. can survive earthquakes because of their large bodies

C. suffer from loud or persistent sounds at sea

D. are forced to migrate because of water pollution

Question 43. All the judges paid the dancer compliments on their excellent performance in the competition.

Question 44. The policeman warned the tourists not walking alone in empty streets at night.

Question 45. My mother always get up early to prepare breakfast for everyone in the family.

C. He didn’t visit London three years ago.    D. He was in London for three years.

Question 47. They were late for the meeting because of the heavy snow.

A. If it snowed heavily, they would be late for the meeting.

B. Had it not snowed heavily, they would have been late for the meeting.

C. But for the heavy snow, they wouldn’t have been late for the meeting.

D. If it didn’t snow heavily, they wouldn’t be late for the meeting.

Question 48. “We will not leave until we see the manager,” said the customers.

A. The customers promised to leave before they saw the manager.

B. The customers refused to leave until they saw the manager.

C. The customers agreed to leave before they saw the manager.

D. The customers decided to leave because they did not see the manager.

Question 49. The government have established some wildlife reserves. They want to protect endangered species.

A. Whether the government have established some wildlife reserves or not, endangered species are still protected.

B. Endangered species can’t be protected although the government have established some wildlife reserves.

C. The government have established some wildlife reserves so that endangered species can be protected.

D. If the government established some wildlife reserves, they would be able to protect endangered species.

Question 50. My sister is good at cooking. My brother is bad at it.

A. My sister is good at cooking, or my brother is bad at it.

B. My sister is good at cooking, for my brother is bad at it.

C. My sister is good at cooking, but my brother is bad at it.

D. My sister is good at cooking, so my brother is bad at it. 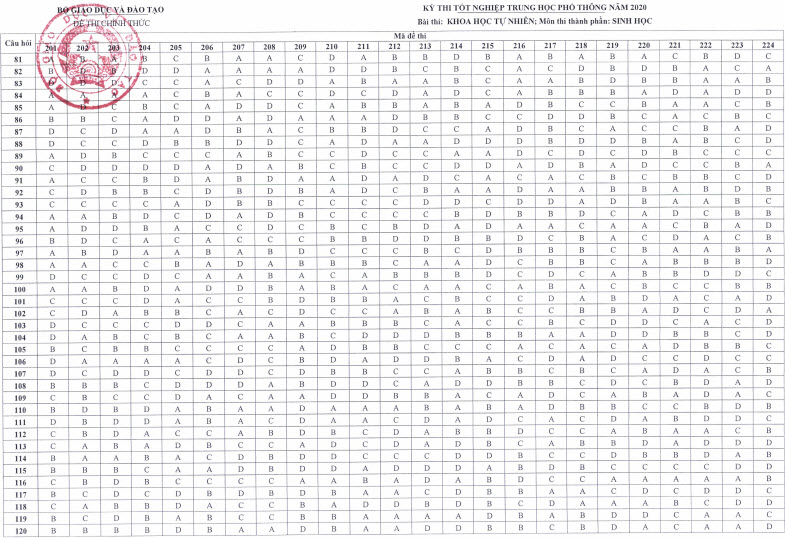 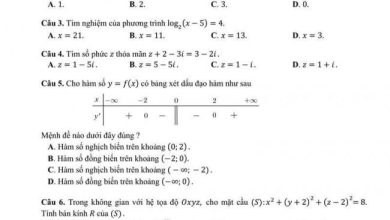 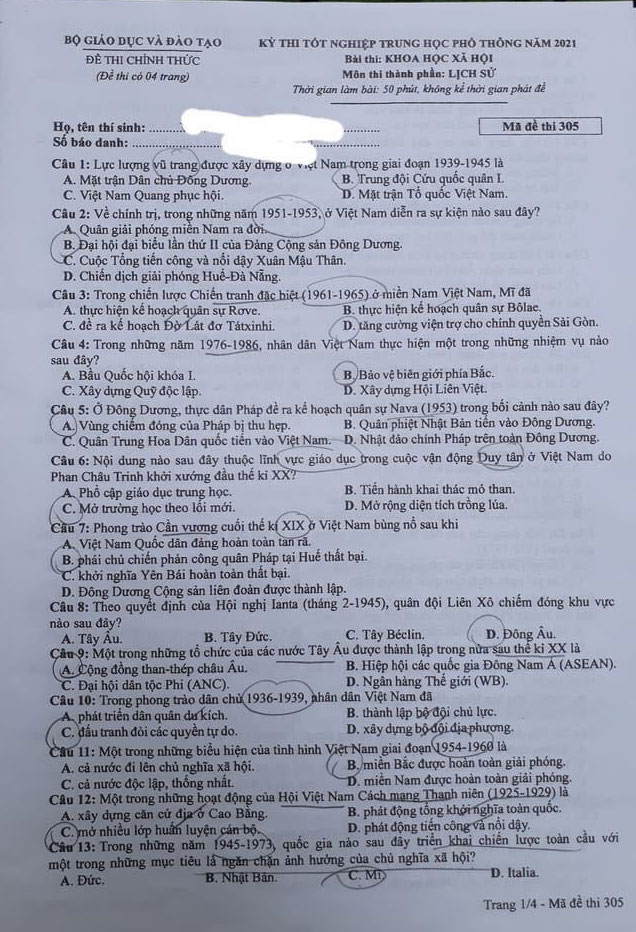 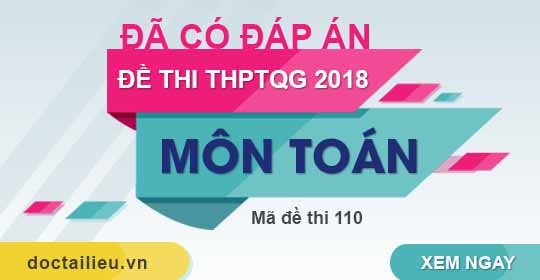 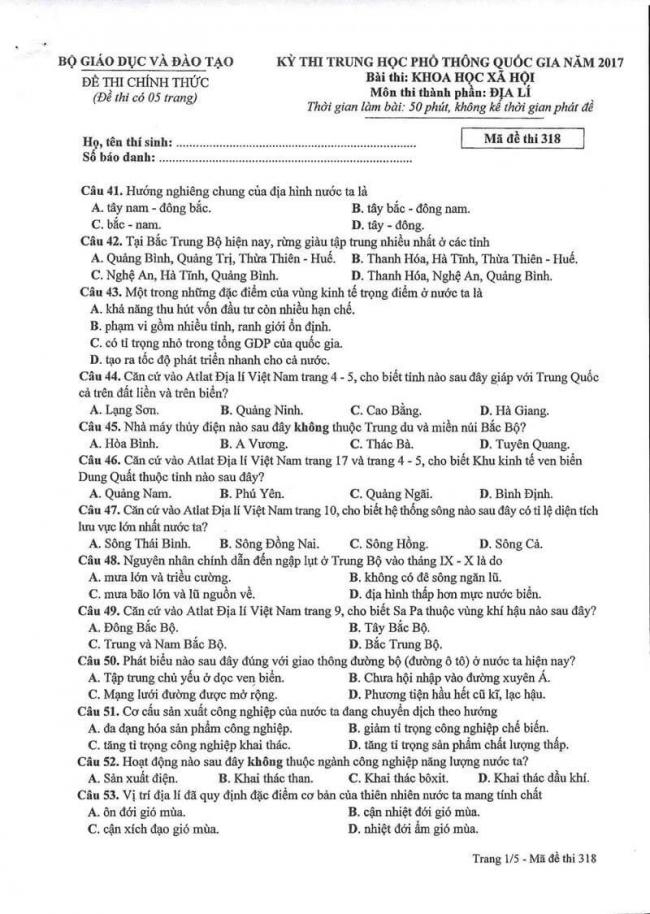