Question 5. Liz is telling Andrew about her first novel.

Liz: “Guess what? My first novel has just been published.”

Question 6. Jenny and her teacher are meeting at the bus stop.

Jenny: “Good afternoon, Miss. How are you?”

Question 7. As a sociable boy, Jack enjoys spending his free time going out with friends.

Question 8. It’s not a pleasant feeling to discover you’ve been taken for a ride by a close friend.

Question 10. A series of programs have been broadcast to raise public awareness of healthy living.

Mark the letter A, B, C, or D on your answer sheet to indicate the correct answer to each of the following questions.

Question 12. Mr Brown has kindly agreed to spare us some of his ______ time to answer our questions.

Question 13. More and more investors are pouring ______ money into food and beverage start-ups.

Question 14. A survey was ______ to study the effects of smoking on young adults.

Question 17. The ______ of the Internet has played an important part in the development of communication.

Question 18. When the manager of our company retires, the deputy manager will ______ that position.

Question 22. A university degree is considered to be a ______ for entry into most professions.

Read the following passage and mark the letter A, B, C, or D on your answer sheet to indicate the correct word or phrase that best fits each of the numbered blanks from 23 to 27.

In the early twentieth century, an American woman named Emily Post wrote a book on etiquette. This book explained the proper behavior Americans should follow in many different social (23)______, from birthday parties to funerals. But in modern society, it is not simply to know the proper rules for behavior in your own country. It is necessary for people (24)______ work or travel abroad to understand the rules of etiquette in other cultures as well.

Cultural (25)______ can be found in such simple processes as giving or receiving a gift. In Western cultures, a gift can be given to the receiver with relatively little ceremony. When a gift is offered, the receiver usually takes the gift and expresses his or her thanks. (26)______, in some Asian countries, the act of gift-giving may appear confusing to Westerners. In Chinese culture, both the giver and receiver understand that the receiver will typically refuse to take the gift several times before he or she finally accepts it. In addition, to (27)______ respect for the receiver, it is common in several Asian cultures to use both hands when offering a gift to another person.

Read the following passage and mark the letter A, B, C, or D on your answer sheet to indicate the correct answer to each of the questions from 28 to 34.

Different cultures follow their own special customs when a child’s baby teeth fall out. In Korea, for example, they have the custom of throwing lost teeth up on the roof of a house. According to tradition, a magpie will come and take the tooth. Later, the magpie will return with a new tooth for the child. In other Asian countries, such as Japan and Vietnam, children follow a similar tradition of throwing their lost teeth onto the roofs of houses.

Birds aren’t the only animals thought to take lost teeth. In Mexico and Spain, tradition says a mouse takes a lost tooth and leaves some money. However, in Mongolia, dogs are responsible for taking teeth away. Dogs are highly respected in Mongolian culture and are considered guardian angels of the people. Tradition says that the new tooth will grow good and strong if the baby tooth is fed to a guardian angel. Accordingly, parents in Mongolia will put their child’s lost tooth in a piece of meat and feed it to a dog.

The idea of giving lost teeth to an angel or fairy is also a tradition in the West. Many children in Western countries count on the Tooth Fairy to leave money or presents in exchange for a tooth. The exact origins of the Tooth Fairy are a mystery, although the story probably began in England or Ireland centuries ago. According to tradition, a child puts a lost tooth under his or her pillow before going to bed. In the wee hours, while the child is sleeping, the Tooth Fairy takes the tooth and leaves something else under the pillow. In France, the Tooth Fairy leaves a small gift. In the United States, however, the Tooth Fairy usually leaves money. These days, the rate is $1 to $5 per tooth, adding up to a lot of money from the Tooth Fairy!

Question 28. What is the passage mainly about?

Question 30. According to the passage, where is a child’s lost tooth thought to be taken away by a mouse?

Question 31. According to paragraph 2, parents in Mongolia feed their child’s lost tooth to a dog because ______.

A. they know that dogs are very responsible animals
B. they believe that this will make their child’s new tooth good and strong
C. they think dogs like eating children’s teeth
D. they hope that their child will get some gifts for his or her tooth

Question 33. According to the passage, which of the following is NOT true about the tradition of tooth giving in the West?

Question 34. The phrase “the wee hours” in paragraph 3 probably refers to the period of time ______.

Read the following passage and mark the letter A, B, C, or D on your answer sheet to indicate the correct answer to each of the questions from 35 to 42.

Earth is richly supplied with different types of living organisms which co-exist in their environments, forming complex, interrelated communities. Living organisms depend on one another for nutrients, shelter, and other benefits. The extinction of one species can set off a chain reaction that affects many other species, particularly if the loss occurs near the bottom of the food chain. For example, the extinction of a particular insect or plant might seem inconsequential. However, there may be fish or small animals that depend on that resource for foodstuffs. The loss can threaten the survival of these creatures and larger predators that prey upon them. Extinction can have a ripple effect that spreads throughout nature.

In addition to its biological consequences, extinction poses a moral dilemma for humans, the only species capable of saving the others. The presence of humans on the planet has affected all other life forms, particularly plants and animals. Human lifestyles have proven to be incompatible with the survival of some other species. Purposeful efforts have been made to eliminate animals that prey on people, livestock, crops, or pose any threat to human livelihoods. Some wild animals have been decimated by human desire for meat, hides, fur, or other body parts with commercial value. Likewise, demand for land, water, and other natural resources has left many wild plants and animals with little to no suitable habitat. Humans have also affected nature by introducing non-native species to local areas and producing pollutants having a negative impact on the environment. The combination of these human-related effects and natural obstacles such as disease or low birthrates has proven to be too much for some species to overcome. They have no chance of survival without human help.

As a result, societies have difficult choices to make about the amount of effort and money they are willing to spend to save imperiled species. Will people accept limits on their property rights, recreational activities, and means of livelihood to save a plant or an animal? Should saving such popular species as whales and dolphins take priority over saving obscure, annoying, or fearful species? Is it the responsibility of humans to save every kind of life form from disappearing, or is extinction an inevitable part of nature, in which the strong survive and the weak perish? These are some difficult questions that people face as they ponder the fate of other species living on this planet.

Question 35. What does the passage mainly discuss?

Question 36. The word “inconsequential” in paragraph 1 is closest in meaning to ______.

Question 37. Which of the following can result from the loss of one species in a food chain?

A. There might be a lack of food resources for some other species.
B. Animals will shift to another food chain in the community.
C. Larger predators will look for other types of prey.
D. The connections among the creatures in the food chain become closer.

A. an achievement of human beings    B. a harmful factor to the environment
C. a kind of useful plants D. a kind of harmless animals

Question 41. According to the passage, which of the following statements is NOT true?

A. Some animals and plants cannot survive without human help.
B. No other species can threaten the survival of humans on Earth.
C. The existence of humans is at the expense of some other species.
D. Humans have difficult choices to make about saving endangered species.

Question 42. Which of the following can be inferred from the passage?

Question 43. I haven’t met my grandparents for five years.

A. I often met my grandparents five years ago.

B. I last met my grandparents five years ago.

C. I have met my grandparents for five years.

D. I didn’t meet my grandparents five years ago.

Question 44. We survived that accident because we were wearing our seat belts.

A. But for our seat belts, we would have survived that accident.

B. Had we not been wearing our seat belts, we wouldn’t have survived that accident.

C. Without our seat belts, we could have survived that accident.

D. If we weren’t wearing our seat belts, we couldn’t have survived that accident.

Question 46. Animals like frogs have waterproof skin that prevents it from drying out quickly in air, sun, or wind.

Question 47. My brother usually ask me for help when he has difficulty with his homework.

Question 48. Many people object to use physical punishment in dealing with discipline problems at school.

Question 49. Some kinds of fish live in fresh water. Others live in sea water.

Question 50. My mother is very busy with her work at the office. She still takes good care of us. 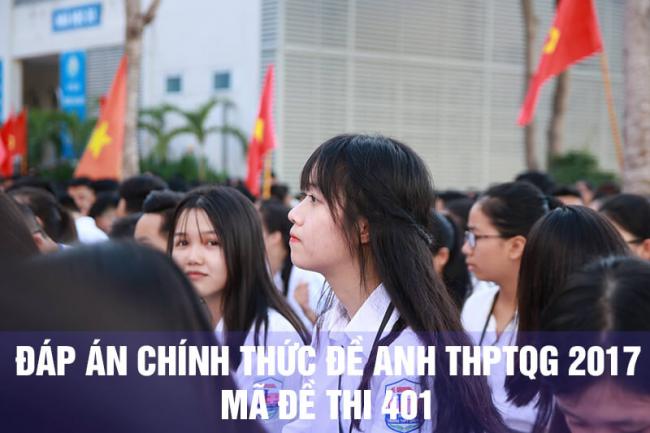 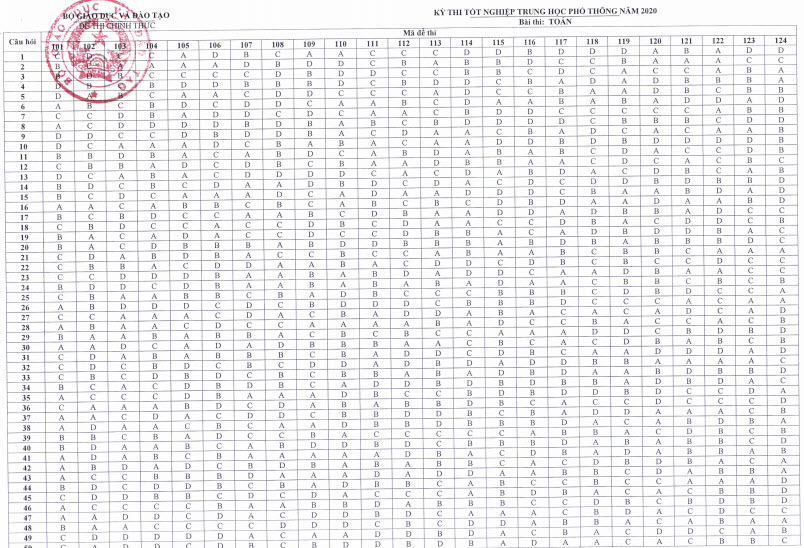 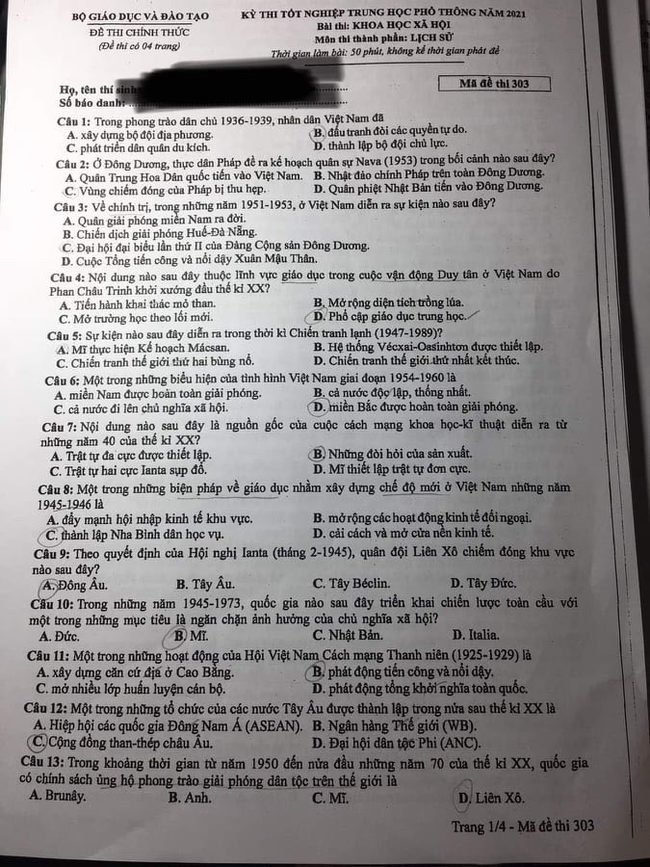 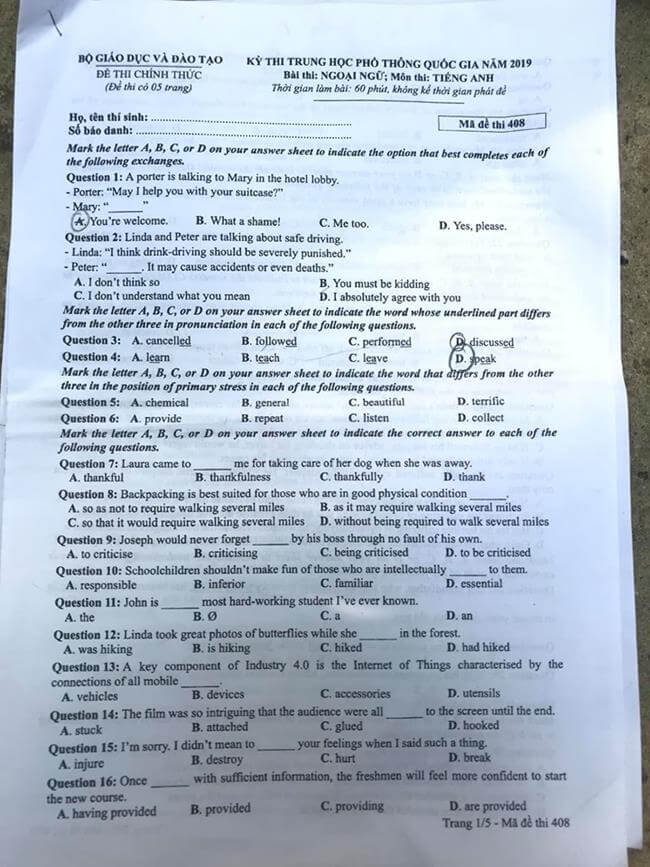 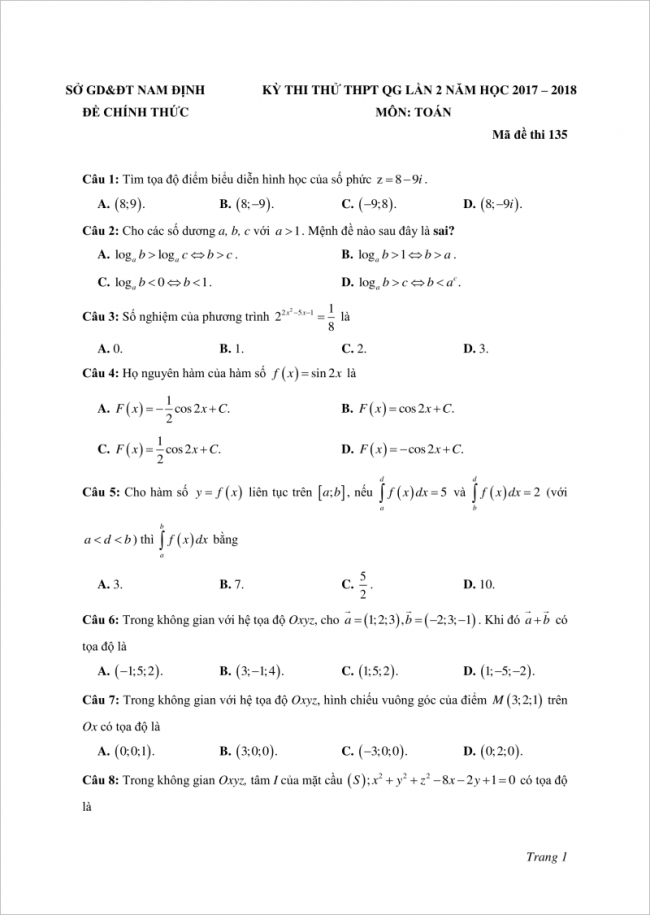 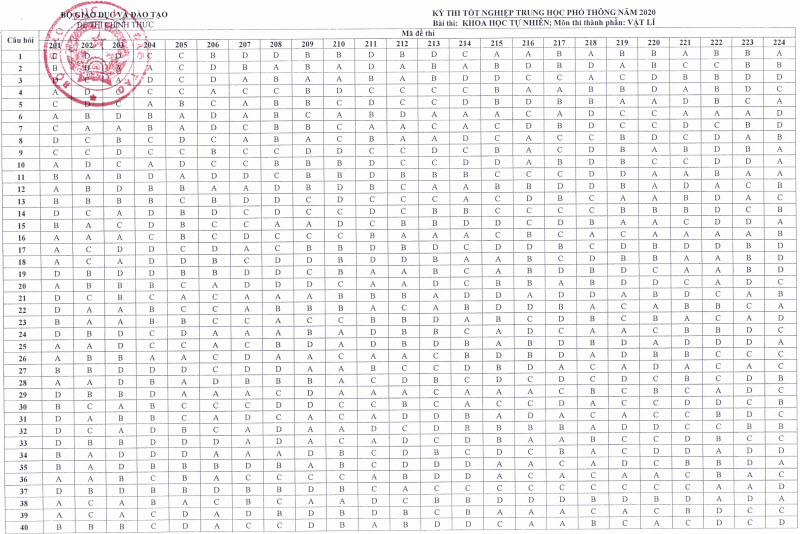 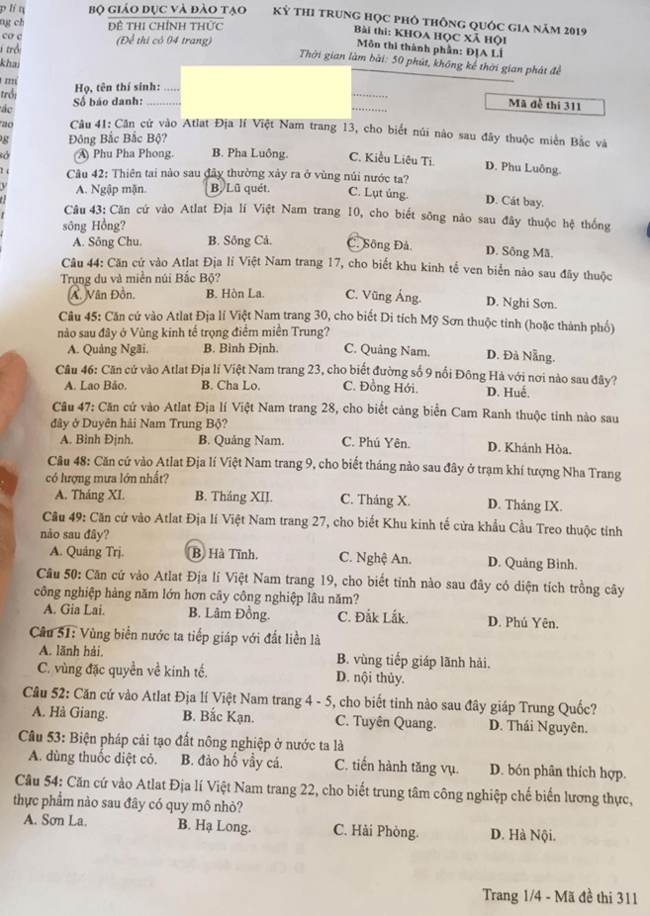